Guardian reports, only 1 in 25 business leaders may be a pyhcopath

If you’ve ever secretly harboured thoughts that a colleague – or even your boss – behaves like a psychopath, you may be closer to the truth than you dared to imagine. A study has found that there are far more sub-criminal psychopaths – self-serving, narcissistic schemers who display a stunning lack of empathy, but are not criminally inclined – at large in the population than had previously been thought. Some even end up in managerial positions.

This is despite shift in the use of the diagnosis.
http://en.wikipedia.org/wiki/Psychopathy

Psychopathy (/saɪˈkɒpəθi/[1][2]) is a mental disorder characterized primarily by a lack of empathy and remorse, shallow emotions, egocentricity, and deceptiveness. Psychopaths are highly prone to antisocial behavior and abusive treatment of others, and are very disproportionately responsible for violent crime. Though lacking empathy and emotional depth, they often manage to pass themselves off as normal people by feigning emotions and lying about their pasts.

Do psychopaths make better bankers? Well they may be more successful ones…
http://2020speculator.wordpress.com/2011/06/25/banker-as-amoral-psychopath/

Here is example of banker who is at large, a banker in Brazil ran over a group of cyclists who were delaying him:
http://road.cc/content/news/31482-brazilian-driver-claim-self-defence-over-critical-mass-carnage-says-lawyer.

If we can find medical condition for bad bosses and bankers, does that make them innocent of any ill deeds they commit?

It's not pearlite or martensite. A blog written by Mathew Peet. 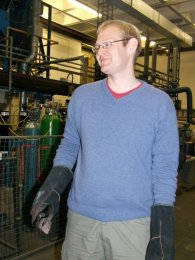